MitraGaia: Is Buying Here Worth Your Money?

HomeThe Best Kratom Vendors in Canada ListMitraGaia: Is Buying Here Worth Your Money?

MitraGaia was known as Gaia Kratom, which was a small company specializing in Kratom. Eventually, with the collaboration of farmers, consumers, and patrons, Gaia Kratom expanded. By partnering with various farmers across Indonesia, MitraGaia Kratom is able to get their hands on a sustainable source of Kratom. As a member of the AHPA and American Kratom Association GMP compliance program, the company adheres to strict testing, production, and shipping standards.

MitraGaia strains to choose from

You’ll never run out of choices of Kratom strains and varieties. You can choose between powder and capsule, which are popular forms of Kratom in the market. 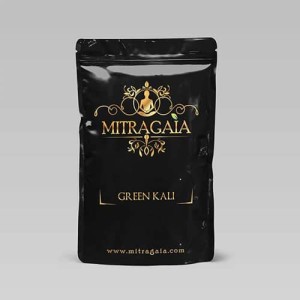 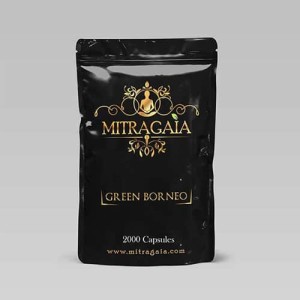 You can get your Kratom for as low as $5.00 for 1oz, which is shockingly cheaper compared to SaveOnKratom that sells 1oz for $9.49. You have better savings if you order 1kg, which goes for $75 instead of $120. Sample packs are also available.

Capsules are more expensive. You can only order a kilo or a 2000-ct pack for $150, with no option to choose a smaller pack should you want to test it out.

Do they give special discounts and coupon codes?

You can join the Mitragaia Rewards program to earn discounts, which can give as much as 5% savings on completed orders.

How do they handle payment, shipping, and customers?

Mitra Gaia Kratom accepts payment through checking/savings account, and certified money order. They made a way for you to pay using your credit card as well through a Token system.

According to several customers, MitraGaia has one of the fastest shipping policies among US Vendors. Your orders are sent via USPS and expect international rates for Canadian orders.

As for customer responses, they are sort of inconsistent here as well. Some have a positive experience, while there are others who say their concerns are not taken seriously by the company.

How does MitraGaia compare to other vendors?

When they say that after Gaia Kratom they wanted to be the most comprehensive Kratom company online, they weren’t kidding. Mitra Gaia has more Kratom strains compared to Galactic Botanicals and Canada Kratom Express.
This is also the only site where you can view and download lab test results of each Kratom strain. The only downside is that the reports are dated 2018.

When you’re looking for variety, it’s good to know that there’s a company like MitraGaia that offers several Kratom strains. There are times when our body builds tolerance, and changing strains and variety is one of the ways to avoid this. However, based on some consumer reviews, MitraGaia may have taken in more than they can chew. They have so many Kratom that there are mixed responses from users. Some get relief and get positive effects, while there are several who say their products vary in effect.

Stability is essential when taking Kratom, although that can be hard to achieve due to the nature of the product. However, some companies like Kratom Crazy and Golden Monk Kratom were able to sustain the quality of their products.

What you want with your Kratom intake is consistency, something that many feel that MitraGaia seems to be having issues with. If you’re going to try out Kratom, there are other vendors that you can go to, especially if you’re starting with Kratom.

Please note that there may be shipping delays due to the changing situation with COVID-19 and the Omicron variant causing staffing shortages with our carriers. Standard delivery times may be affected, for any questions or concerns please contact our customer support. (OFFICE CLOSED Tuesday, January 25th for office maintenance. Orders will resume Wednesday, January 26th) Dismiss